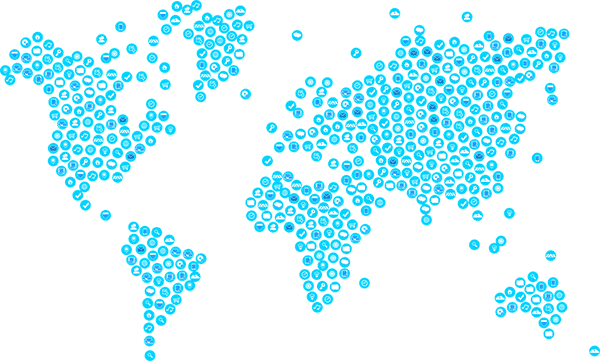 I’ve been working in the arena of political communications for most of my working life – first as a journalist, then as a PR practitioner, and then as CEO of a Chamber of Commerce developing political lobbying campaigns.

This was all before I started in business 10 years ago at the ripe old age of 30!

In fact, when you Googled my competitors in that election you were brought to my website, so good was my SEO!

In 2011, I also covered the General Election in Donegal North East exclusively for my online platforms and in fact was reporting the results from the count centre before the traditional media had it out. This was all part of me experimenting with online political communications. Trust me I learned lots! It also compliments by degree in politics and my interest in the subject.

Now as a digital marketing and social media consultant I leverage all that knowledge and experience to help politicians improve political communications with social media.

Although social media certainly had an impact during the 2012 and 2014 elections, 2016 was the year that communicating effectively through social media became an undeniable imperative for anyone seeking public office.

But with so many different avenues and strategies, the world of political social media can feel a bit like the wild west, with no clear path to success and plenty of rogue actors’ ready to derail your game plan. We just have to look at how Russian influence impacted the 2016 US election and the changes Facebook made as a direct result.

We also live in an era of fake news and now more than ever truth in the news (online) is more important than ever before.

Despite the surface-level chaos, however, the upside of social media still has profound implications thanks to a medium that makes it easier than ever before to get your message out to your audience.

For anyone looking to elevate their social media game, here is a cheat sheet for utilising one of the most important weapons of today’s politics.

Plan posts well ahead of time

One of the most useful parts about social media is the ability to post a spontaneous message to a very large audience, which can be helpful in making a candidate – or political messages in general – feel authentic.

Having said that, regularly ad-libbing political messages is an extremely dangerous game that can be very difficult to pull off effectively without walking headlong into major problems.

While occasional spontaneity can be a great way to tap right into a new topic that is on everyone’s Facebook pages and Twitter feeds, the most effective political communicators tend to be terrific planners who know when and how to tap into the largest audience possible.

For starters, that means generally understanding when your audience is most likely to be consuming social media. Studies have shown that Twitter typically peaks from about 11 a.m. to 1 p.m. , which incorporates lunch breaks for East Coasters and those in the Central Time Zone as well as the final hour of the standard commute for those out west.

A well-planned post in these zones is a great way to get maximum eyeballs onto the content immediately and also give it plenty of time to circulate throughout the rest of the day.

Thanks to platforms that easily let you schedule a post, hitting the best times is straight-forward even for relatively inexperienced social media users.

Note: Just because you have a post planned doesn’t mean that your job is finished. In the hour before a post is set to go up, savvy social media users will be scanning the current news to make sure an upcoming post isn’t outdated or won’t strike the wrong note.

As much as anything, effectively communicating via social media requires a behind-the-scenes team that is on the same page.

Crucially, a political communication team has to be able to properly vet the information in real time, as avoiding a negative firestorm from an inaccurate tweet or post can be every bit as important as getting your core message across.

Given the hysteria that can be caused on social media, a small portion of a post that is inaccurate or outright wrong is going to get a lot more attention than the rest, even if the majority is provably correct.

That’s why, before you aggressively pursue a path on social media, finding sharp eyes to scrutinise content is absolutely critical. After all, politicians and political teams need to remember that their job is not to break the news; their job is to interpret the news in a way that best fits with their message.

Although there are political actors who have gotten away with not thoroughly vetting their posts, such noteworthy exceptions are mainly there to prove the rule.

Instead of being able to stay on message, lacking a great vetting process is the easiest way to send your team into the abyss trying to defend a post, which is the type of distraction that is not helpful for the vast majority of political messages.

This also goes for more than just original posts, as having a team that can quickly judge the credibility of another entity’s post before liking it or reposting can help you avoid distraction and negative coverage.

With the ease of sharing content in the social media age also comes the importance of discipline to keep any type of political campaign headed in the right direction.

The good, bad and ugly of reposting your own content

For posts that you think are crucially important, reposting at various times of the day can be an easy and effective way to reach the widest audience possible. As always, the worst type of political message is one that only a limited number of people actually get a chance to see.

But reposting also comes with a clear caveat as well. The social media age is one that works with limited attention spans, and many followers will simply not put up with anyone who regularly reposts stories over and over again.

Even though following someone couldn’t be easier, unfollowing is just as easy and too many reposts can be a sure-fire way to run through the patience of an intended audience.

On the other hand, communication teams that repost sparingly are much more likely to be given the benefit of the doubt and the post itself will not have the diminished value associated with those who love to repost a half-dozen times throughout the day.

Social media platforms also give you the keys to help avoid this problem, particularly with the ability to pin tweets to your profile on Twitter.

By pinning a particularly engaging post and regularly rotating in new ones, you can both increase the traffic to your most important messages while avoiding the pratfalls of reposting overkill.

By pinning a particularly engaging post and regularly rotating in new ones, you can both increase the traffic to your most important messages while avoiding the pratfalls of reposting overkill. | #PoliticalCommunications Click To Tweet

There’s a golden rule when pushing a political agenda or a specific candidate: it can’t be all about politics.

Throughout political history, the very best politicians have been able to not only deliver a message but seamlessly take followers behind the scenes to (well-planned) personal moments.

No matter how strong your message is, it’s often this personal touch that can bridge the gap and truly make a connection between politician and constituent. With the range of social media platforms, it’s also incredibly easy to bring followers away from the often-monotone political messages into the actual life of a candidate or workers of a campaign.

That’s where a platform like Instagram can be its best for political communication. Taking followers and dropping them right into the everyday life of a candidate with a great photo can be every bit as effective as a terrific speech or poignant post on a pressing topic. Simple things like showing love for a local sports team before a big game, a photo with a politician mingling with supporters at a well-known local festival, or even an easy behind-the-scenes photo of a holiday ritual can quickly resonate with followers.

This can also be an effective way to ditch any negativity and provide a light, positive and (hopefully) fun post that can fuel engagement.

There are also many other ways to provide a personal touch that help break down the barrier between voters and a candidate or political party.

Posting or reposting about big events in the district can help you directly tap into the lives of constituents who don’t want to consume politics 24/7. Even the politically obsessed followers will forgive a brief post about rooting for the home team and you might even be able to melt the hearts of some of your fiercest critics – if only for a short period of time.

There's a golden rule when pushing a political agenda or a specific candidate: it can't be all about politics. #PoliticalCommunications Click To Tweet

At the end of the day, politics is and always has been about making connections and engaging constituents, which is why savvy social media users can put themselves in a terrific position.

With a well-planned social media campaign, an effective political communication team can create a credible image, draw followers in with personal touches, and ultimately craft a core message that has the potential to quickly reach millions of followers.

Even with social media occasionally looking like a scary place for politics, it’s also an exciting avenue that can lead to the crucial breakthrough a campaign is looking for.

For more about how to turn social media into the perfect political megaphone, contact us for a free consultation on your political strategy.