In this episode #103, I bring you to Mojofest in Galway attended by over 300 international journalists and mobile content creators. I also take you on stage with me!

Facebook is in social media hot water once again! It’s emerged that the posts of over 14 million users who thought they were sharing privately with their friends may have actually been shared publicly because of a software bug during the month of May 2018.

It has been a hell of a year for Facebook so far. Only weeks after the Cambridge Analytica scandal, the company is facing yet another major PR crisis.

Facebook has admitted that the posts of as many as 14 million users who thought they were posting contents visible to only their friends, may have actually been shared publicly.

According to the company, a software bug automatically updated the audience for some users’ posts from “friends only ” to public without any warning. It is believed that the bug was live for a period of 10 days or more during the month of May.

Lip Sync Live, which will essentially be a direct competitor to existing lip-syncing platforms like Musical.ly.

Testing in select markets, the feature is part of Facebook’s strategy to make music a bigger part of its platforms. The company says “hundreds” of songs will be immediately available, including those by Camilla Cabero, Guns N’ Roses, Drake, and Ed Sheeran, but the library will grow.

“With Lip Sync Live, you can express yourself with music from a variety of genres in real time. So, whether you prefer songs like ‘Happier’ by Ed Sheeran or ‘God’s Plan’ by Drake, Lip Sync Live lets you bring friends and family into spontaneous musical moments,” said Facebook’s press statement.

Basically, it zones in on three core signals.

These elements are all fairly well known, and are very similar to the factors Facebook takes into account with the News Feed algorithm – but the image recognition element does add something interesting.

In this episode, I interview Laura Byrne, Senior Journalist and Podcaster with Storyful.

I caught up with Laura recently at Mojofest where she interviewed me, but I wanted to take the opportunity to interview her also!

Find out more about Laura:

Listen to my interview with Laura:

One of my favourite quotes from our chat: 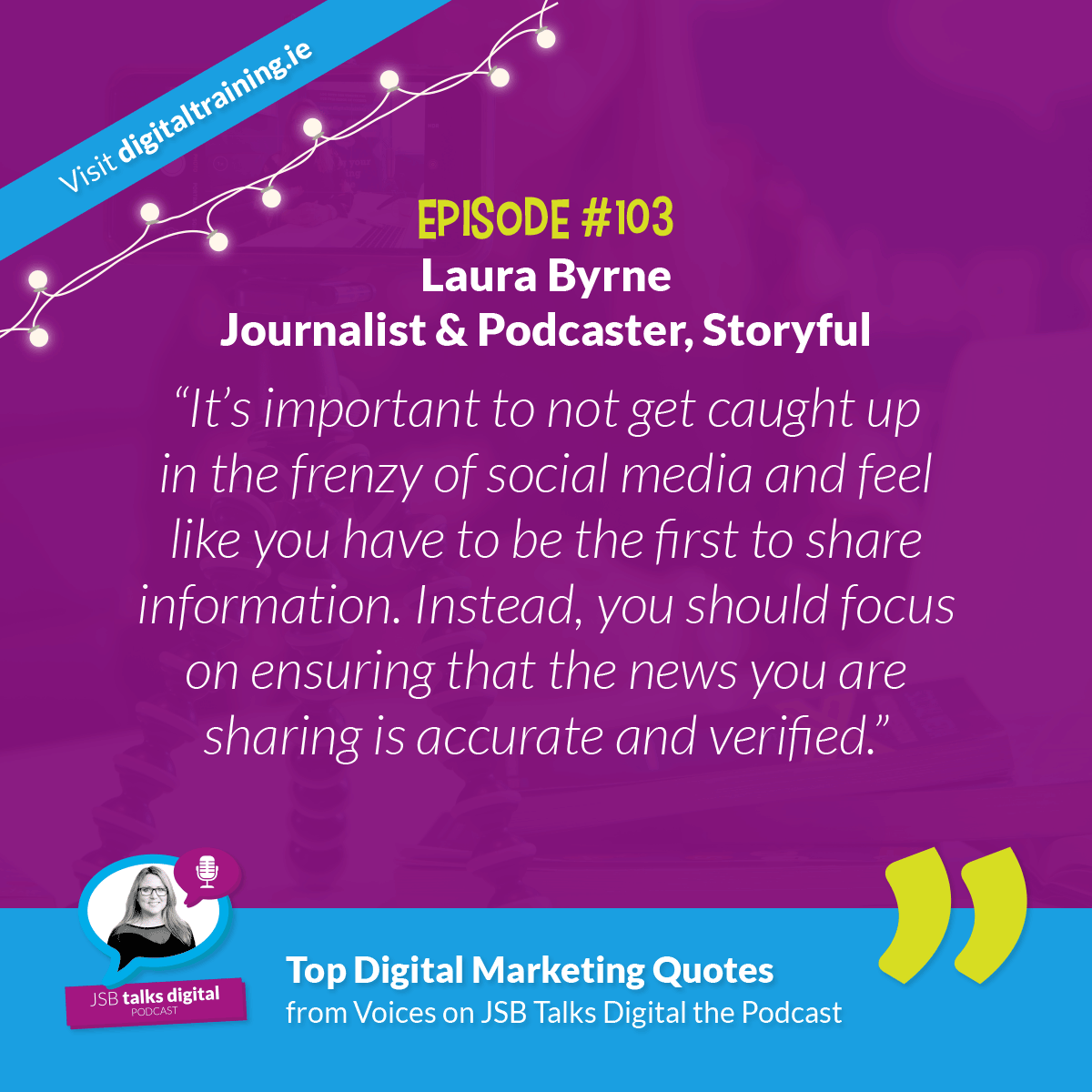 In this episode, my shoutouts go the mobile content creators. I want to share three things we can learn from them!

1. Create with your audience in mind

Authenticity is a word, perhaps over-used right now. But it’s important for me to use it in this first mojo tip. Much of what we see now in digital marketing is pushing people through a funnel and then we almost become over-planned and less spontaneous which then leads us to be less authentic.

Audiences are smart and they can see right through an ad. Mobile content creators remind us that the audience should be front and centre of the stories we tell and appealing to their emotional senses.

So tip 1 is, always create with your audience in mind.

I use to create DVDs and work with film crews in the early days of my career, hell I was even in a reality TV show! So, I know how perfectly produced video shold be made.

But we actually don’t want to see this level of production on our smartphones, we want the rough cut of the story and the

When we are in campaign mode we can very quickly forget about raw content opportunities. When are you are a mobile content creator, you realise that the moments of least anticipation are those when we can capture the magic.

So, I’m calling this tip, seeking out content opportunities in micro-moments. I have perfected this technique and so I’m also wired to hear, see or be part of a great story that I can share with you, and of course I always have my iPhone and trusted Zoom H1 in my handbag. 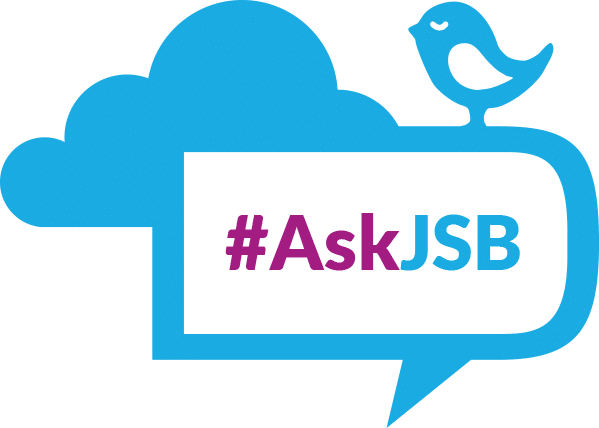 This week’s question for #AskJSB comes from press advisors working in the EU Parliament.

I was delivering a workshop on:

How to turn you PR event into a livestream opportunity.

Tune in to listen to this week’s question:

Don’t forget if you have a burning social media or digital marketing question, simply click on digitaltraininginstitute.ie/askjsb and leave me a voicemail. You can also send me your question to any of our social networks.

JSB’s Column: Join me on stage at Mojofest where I share why influencers hold the balance of power

In today’s JSB’s column I bring you on stage with me at Mojofest in Galway where I spoke about content creation, influence and discoverability in the age of the smartphone. 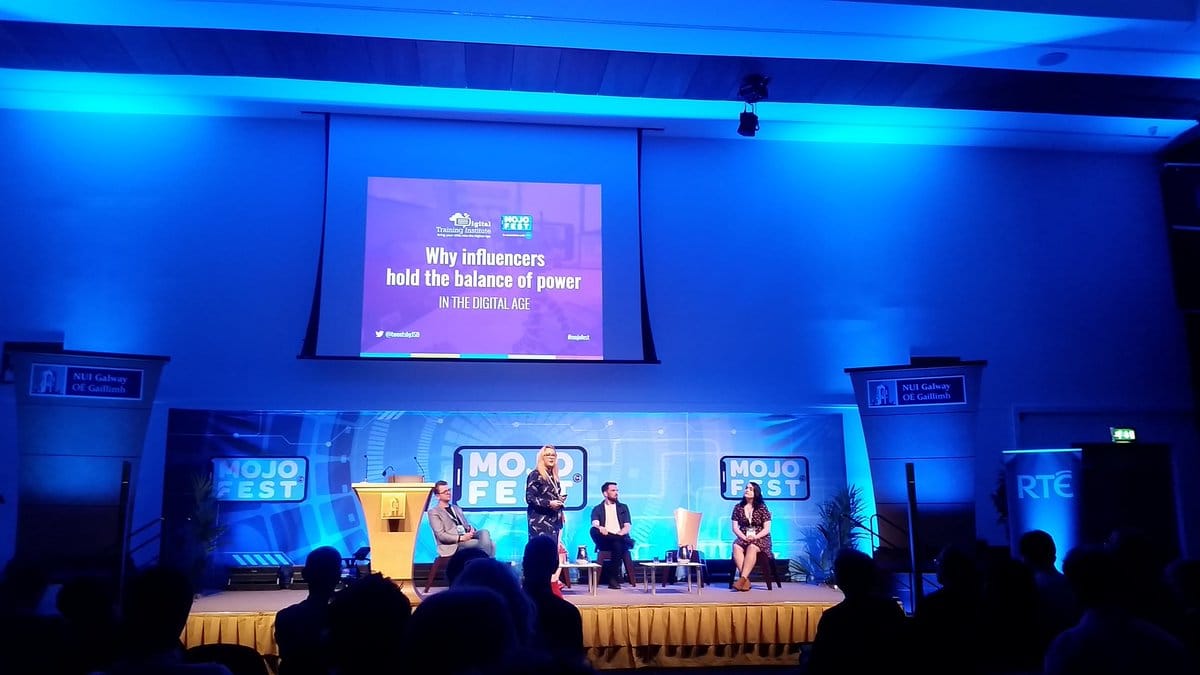 Tune in to the podcast to listen to the audio recording of my keynote:

The social media tool that saved my working week this week is Feritte.

This recommendation was given to me by RTÉ Morning Ireland mobile reporter and producer Cian McCormack. I met Cian at Mojofest and he showed me how he uses the Feritte app when reporting in the field.

Ferrite suits mojo reporters as it makes it fast and easy to record and edit audio on the move — while making powerful features like effects and automation available when you need them. As a content creator that’s always on the move I decided to check it out.

Ferrite focuses on workflow, with features to speed you up and a clean user interface designed to get out of your way. It works just like a voice memo app: one tap and you’re recording. But there’s also a full editing suite to assemble your recordings — and imported clips — into polished final audio.

It’s for iOS users only on iPhone and tablet.

Find out more at: https://www.wooji-juice.com/products/ferrite/

I’d love to know what you think about this episode. So please get in touch by commenting below or tweet me @tweetsbyJSB or send me a snap to @jsbsnaps.