In this special show coming to you from St. John’s Castle in Limerick, I discuss Fake News and its impact on the media and PR industry.

I attended a seminar organized by the National Union of Journalists and the Public Relations Institute of Ireland as part of Local News Matters Week – which celebrates quality local journalism.

Facebook Stories has arrived and those of us in the social media industry are wondering how it will impact Snapchat and Instagram Stories.

The constant feature bombardment from Facebook to rival the other social networks provides popcorn-fuelled watching! However, will it really impact Snapchat and Instagram?

Snapchat and Instagram have loyal users and are growing steadily each quarter. I’m a huge Snapchat fan but I have to admit, since Insta Stories came on stream, I’m finding myself over there more and more, and less on Snapchat.

I am also using Facebook’s Messenger Day which is similar to the Stories feature but inside the Messenger App. This was way too public for my personal story snaps as I realized that my Facebook friends (and I have more there than on Snapchat and Instagram) were getting the inside JSB track. So I am very conscious when using Messenger Day.

I haven’t got Facebook Stories quite just yet but I will develop a plan for it when I do.

Stories isn’t available to everyone yet. To check whether you have it, close out of the app and make sure you’ve upgraded to the latest version before you log in again. If you still don’t see a change to your feed, you may just have to wait.

There are two ways to access Stories: Scroll to the top of your feed to view your friends’ Stories and create your own, or just swipe right from any screen. You can’t “like” Stories, but you can reply to them.

In today’s show I speak to professionals in the media and PR industry about Fake News. 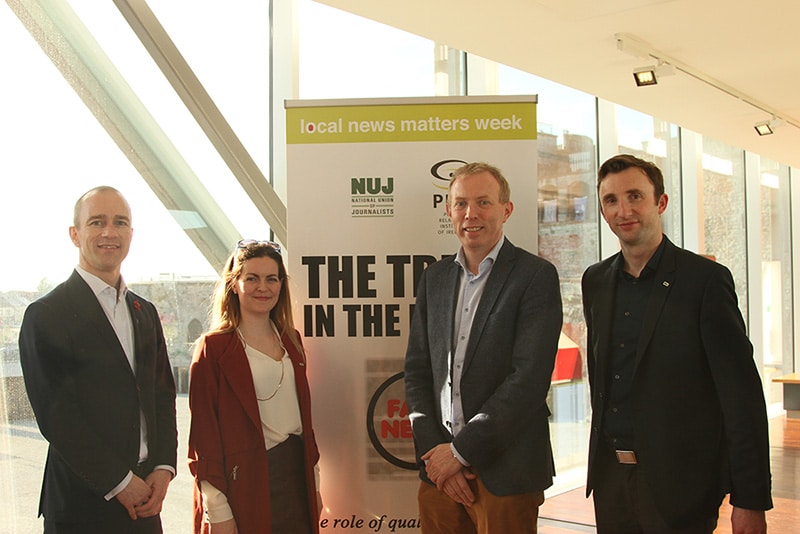 In today’s column, I’m going to give you my perspective on how to combat Fake News.

Fake news is a big issue for many industries, not least, policing, politics, public policy and the media industry itself.

So I’ve taken a closer look at how you can combat fake news or even try to counteract its impact for you, your brand reputation and your organization.

#1 Monitor your brand for online mentions – if you are mentioned in a fake news article you won’t catch it unless you are monitoring the web for personal or brand mentions. Set up a Google alert in the first instance and request daily emails. If you are a large organization or an individual holding a position of power you might want to invest in more robust software like electronic media monitoring.

#2 Do keyword research on big issues that reflect your work (offline and online) – no matter what position you hold, or what organization you are working for, there will be a number of topical issues that you frequently discuss online, at conferences, internally or in the media. You need to keep yourself aware of how these topics are being discussed online, the influencers leading the debates and the direction of the discourse. This can inform you and your audiences on what you need to be saying to keep the truth to the top of the search engines and linked to that, live on the social networks.

#3 If fake news is published relating to you or your work you must counteract its prominence on the search engines by writing the truth – I’ve spoken to people who believe that ignoring fake news and the fake news publishers is a good strategy. Personally, I don’t. If you allow fake news to get momentum online it will take the top positions on the search engines. IF you hold a position of influence whether its public office, public policy or even in the corporate world, you must publish the truth to try to counteract the fake news.

#4 Educate your online tribe about your work and its value – one of the most powerful tactics we can use online is building a tribe of people who value our voice, our work and our truth. If and when you are subjected to a fake news slur, you can go directly to your community to correct the record. They will then become the vehicle to spread that truth.

#5 Report fake news to the search engines and social networks – while it is difficult and often cumbersome to report and get fake news taken offline, we still must screenshot, report and use our good name to get fake news retracted. Facebook has started what it calls the Journalism Project, which is aimed at helping media outlets figure out how to use the web to improve their content and their business models. And now the company has committed to help fund a separate effort aimed at rebuilding trust in news.

Fortune.com is reporting that Facebook became part of a $14-million effort called the News Integrity Initiative that is spearheaded by Craigslist founder and journalism advocate Craig Newmark. The initiative will fund research and projects related to improving news literacy and trust in journalism, as well as hosting events at which experts will discuss related issues.

#6 Engage traditional media in your truth – when you are responding to a fake news slur online, reach out to traditional media who may likely publish your truths. Remember mainstream media require a news angle and stories that are in the public interest or good enough to be of interest to the public and simply not self-serving to you.

#7 Leverage social media for truth – the obvious way to try and combat fake news is to use social media to spread the truth. Using the hashtag #truthmatters is a powerful way to encourage others to become word of mouth advocates for your truth.

#8 Track metrics around Fake News V Truth – harness the power of data to gain actionable insights into the extent of discourse online on a story that has fake news and truth elements. This data will help inform your next steps.

#9 Use video for best effect – video is a highly pervasive content type and it also is highly personalized. Talk directly down the lens of a camera helps you connect emotionally with your audience and can show genuineness and authenticity. So develop a social and live video strategy to help you combat fake news.

If you want to discuss fake news, its potential impact on your or your organization then feel free to get in touch. Simply drop me an email to joanne@digitaltraining.ie

In this part of the show I usually give shout-outs to brands, organisations and individuals whose work online is worth talking about.

But in today’s show I’m sharing the three most common types of Fake News and how to distinguish between fake news and lazy or misleading reporting.

But first let’s deal with the definition of Fake News.

The New York Times pointed out that within a strict definition, “fake news” on the Internet referred to a fictitious article which was fabricated with the deliberate motivation to defraud readers, generally with the goal of profiting through clickbait.

PolitiFact described fake news as fabricated content designed to fool readers and subsequently made viral through the Internet to crowds that increase its dissemination.

2016 was the year of Fake News and Echo Chambers.  Echo Chambers is a metaphorical description of a situation in which information, ideas, or beliefs are amplified or reinforced by communication and repetition inside a defined system and in this case of the Digital Age – spread on social media.

Studies have shown that people are bound like glue to like-minded people on social media and so their thoughts, conversations and comments are similar to those they are connected with. You see people fall into online polarised tribes based on the information they consume and share.

We need to distinguish fake news from Satire which has been around as long as democratic politics.

Satire is defined as:

A story that went viral following the US Presidential Election that saw Donald Trump get the keys to the White House, is the perfect example of Fake News to drive a particular narrative or agenda.

“Russia hacked the election” perpetuated by the media is a perfect example.

Reading phrases like this, one could reasonably assume that Russia’s government somehow hacked into U.S. voting machines and altered votes in order to help Donald Trump win the election.

A recent Economist/YouGov poll found that 52 percent of Democrats actually believe this. Whether you believe this poll or not – well that’s another story!

So what is our personal responsibility when it comes to Fake News?

As citizens journalists with access to social networks where we can self-publish, curate and share stories, news – fake or truth – we must question everything we read and ensure that source is a reliable one.

Don’t be the bearer of fake news, take time to carefully review what you like and share and understand that our actions on the social web will create reactions somewhere else.

The social media tool that saved my working week is Twitter Audit.

Have you ever wondered how many fake followers you have or if anyone you are following has fake followers? In the age of transparency and truth seeking, it’s not a bad idea to audit your Twitter account.

I audited mine and from my 10,034 followers, 9,422 are real and 612 are fake. I will now use another tool called Tweepi to delete the fake followers.

Each audit takes a random sample of 5000 Twitter followers for a user and calculates a score for each follower.

This score is based on number of tweets, date of the last tweet, and ratio of followers to friends. We use these scores to determine whether any given user is real or fake.

Of course, this scoring method is not perfect but it is a good way to tell if someone with lots of followers is likely to have increased their follower count by inorganic, fraudulent, or dishonest means.

Check your Twitter followers and find out how many are real and how many are fake. Log onto https://www.twitteraudit.com.