There is no cure for paralysis, or any meaningful therapies for people with spinal cord injury. But the Mark Pollock Trust aims to change this reality by finding and connecting people around the world to fast-track a cure for paralysis.

The Run in the Dark started as an idea on a notepad and has grown from several hundred people running around Trinity College Dublin in 2011, to a global event of 25,000 people. This year, with a target of €500,000, Run in the Dark will help to fund more global collaborations and multi-subject research trials.

The Run in the Dark fundraiser plays a vital part in funding a cure for paralysis. Click To Tweet

Your €25 donation will play a big part in helping the Mark Pollock Trust to reach its €500,000 fundraising aim this year to fast-track a cure for paralysis, which will change the lives of millions of paralysed people around the world.

There are a limited number of places available so make sure to sign up early so you don’t miss out! 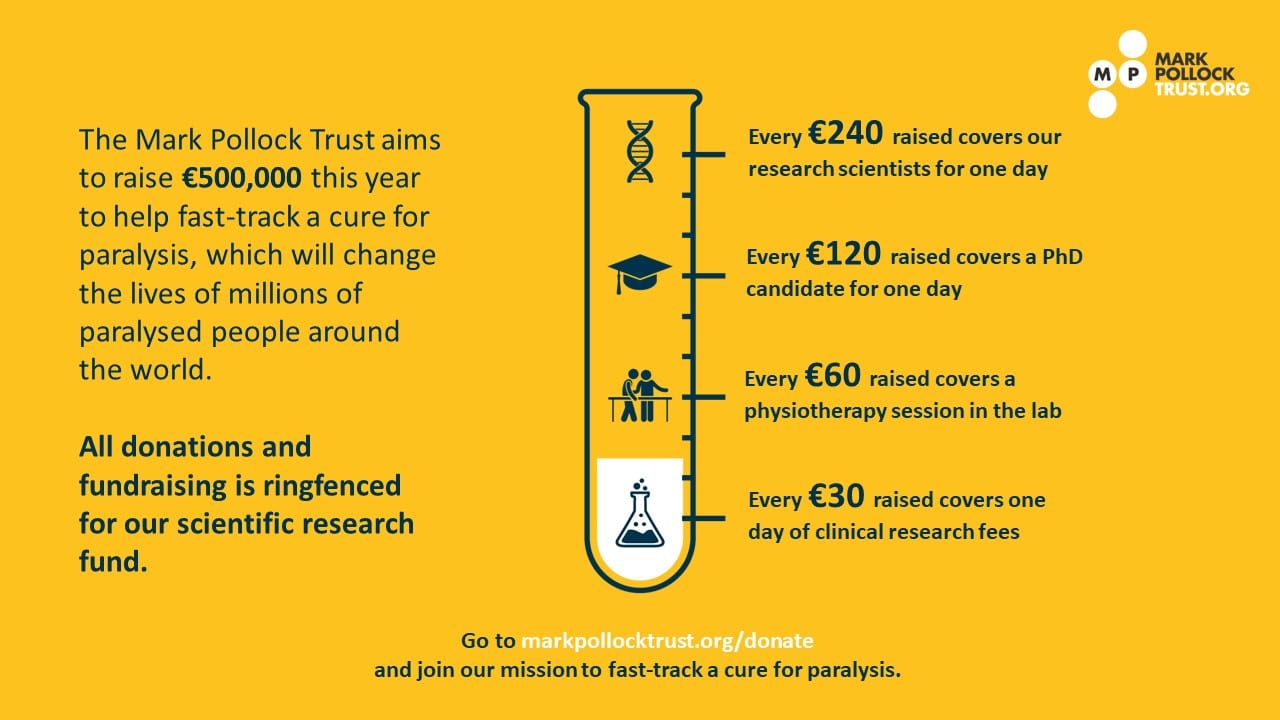 As darkness falls around the world on 14th and 15th November, in 50 cities from Sydney to San Francisco, 25,000 people will get up from their armchairs and televisions, pull on their running shoes, slip on their red flashing armbands and hit the road.

Together, they will become part of a living light show flowing through the streets like lava, and join an incredible global event for a great cause.

This year’s Galway run will again be championed by Joanne Sweeney-Burke. Sign up here!

Commencing at the entrance gates to Mutton Island on the seafront, participants will start the run along the 3m footpath of Gratton road for 70m and then proceed to join the 4m wide salt hill promenade and continue the run until they reach black rock wall at 2.5km.

They will then u turn and run back along the same route until they reach the entrance gates at Mutton Island. At this point the 5km runners will finish and 10 km runners will run the route one extra time.

The runners will be on public pathways at all times and no public roads will be crossed for the run.

Whether you are completing the 5km run or 10km run, please aim to arrive at 19.30 (7.30pm) so that we can ensure everyone will receive their flashing armband and buff and have a group photo before we go running! 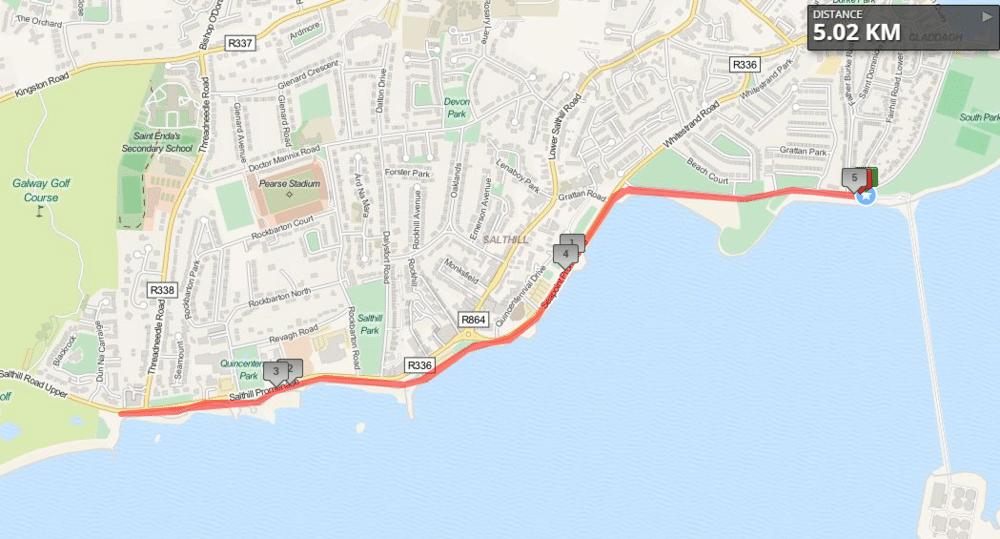 About the Mark Pollock Trust

In the area of scientific research, Mark Pollock became the world’s leading test pilot in Ekso Bionics robotics legs, and the first person in the world with chronic complete paralysis to regain enough voluntary control to actively take steps in a robotic exoskeleton. The Mark Pollock Trust is providing funding for upcoming multi-subject trials to replicate research carried out on Mark Pollock. This will make Ireland the leading centre in the world for this type of research.

Commenting on its mission, Mark says,

“We are exploring the frontiers of spinal cord injury recovery by bringing scientists, robotics engineers, medics and foundations and financiers together to work in ways they never have before. We are scaling those collaborations by providing an outsourced business service to help them to access research funding, project manage collaborative teams and market their results. And we are connecting scientists and their funding foundations with business expertise and capital to commercialise research discoveries.”

Unbroken by blindness in 1998, Mark went on to compete in ultra endurance races across deserts, mountains, and the polar ice caps including being the first blind person to race to the South Pole. He also won silver and bronze medals for rowing at the Commonwealth Games and set up a motivational speaking business (www.markpollock.com).

In 2010 Mark was left paralysed after falling from a second story window. He is now exploring the frontiers of spinal cord injury recovery combining an innovative electrical stimulator over his spinal cord and a drug super-charging his nervous system, whilst walking hundreds of thousands of steps in his Ekso Bionics robotic legs. Through the Mark Pollock Trust he is on a mission to find and connect people around the world to fast-track a cure for paralysis.