Are you using Twitter Dashboard? Did you know it’s a Twitter management tool aimed at small businesses?

While most of us in marketing already use some sort of social media management tool, Dashboard is really aimed at solo-preneurs and small business owners.

Dashboard gives business users a clear picture of what’s being said about their business, lets them schedule Tweets, and offers insights about their Tweet performance. However, I thought you would appreciate a ‘how to use Twitter Dashboard‘ lesson.

A free tool from Twitter to help businesses schedule Tweets, get valuable insights, and engage with their customers and community. A place to get things done. 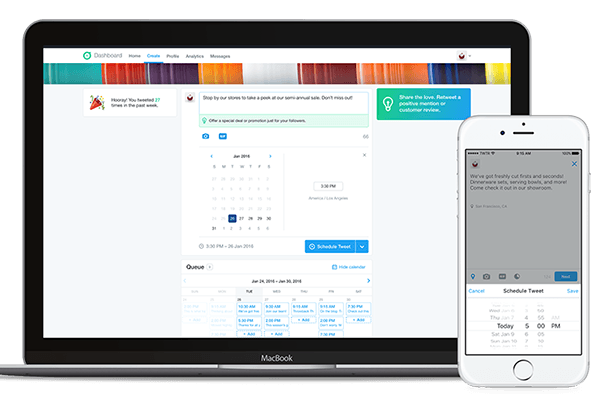 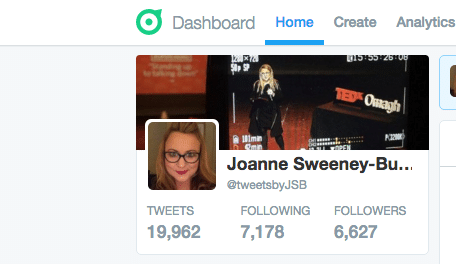 Step 2: Become familiar with the home page of Dashboard

It has three sub-sections:

Step 3: Get familiar with the ‘About You’ stream

This column has all your mentions featured. 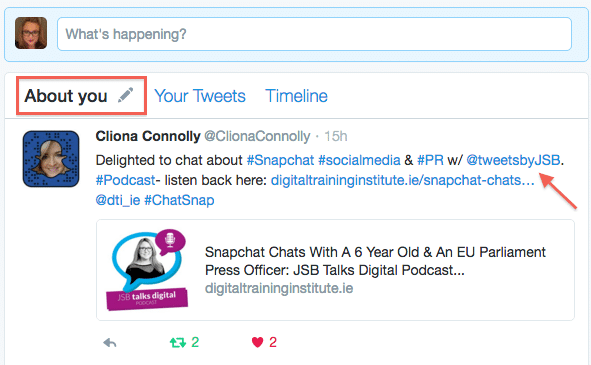 Step 4: Get familiar with the ‘Your Tweets’ stream

This column has all your Tweets featured. 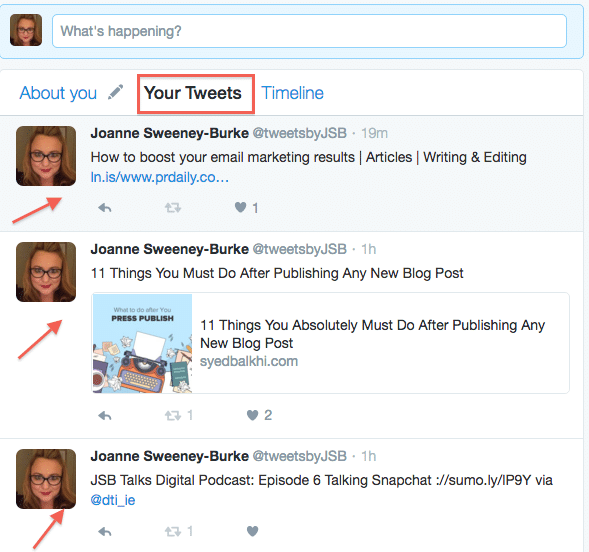 Step 5: Get familiar with the ‘Timeline’ stream

This column shows all the real-time Tweets from the people you are following. 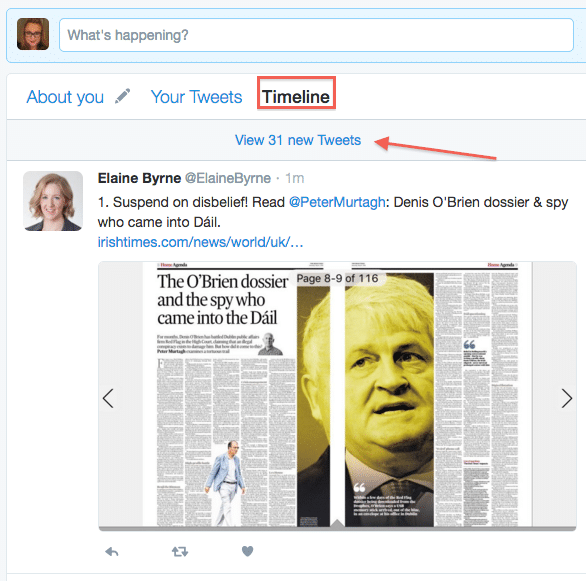 Your account analytics shows you a number of metrics over a specific timeframe and you can see I’ve chosen to look at the past seven days. The first metric is ‘activity’. You can see from the screenshot below that I’ve tweeted 62 times in 7 days, I’ve had 11 media tweets (tweets with a photo, video or a GIF) which is down by 31% on the previous 7 days and I’ve had 10 replies representing a whopping 233% increase on the previous 7 days. I can also dig deeper and review those 10 replies.

The next metric is ‘audience’ which gives me data on the number of mentions I’ve (@tweetsbyJSB) had. You can see that I’ve had 28 mentions in the past 7 days, up 12% on the previous week. I’ve also gained 52 new followers in a week. Happy with that!

Then you can you look at individual Tweet engagement – impressions, replies, retweets and likes.

You can go deeper and look at individual Tweet activity which is useful to analyze why particular tweets get more engagement. In the tweet below I have used three trending hashtags and an image and this is why this tweet has performed much better than the Tweets above.

I can also go in and ‘view Tweet activity’ for a deeper analytics dive. The screenshot below tells me exactly what engagements happened on this Tweet.

I particularly like the ‘recent engagements’ feature within Analytics. This shows the most engaged Tweets and the level of engagement. 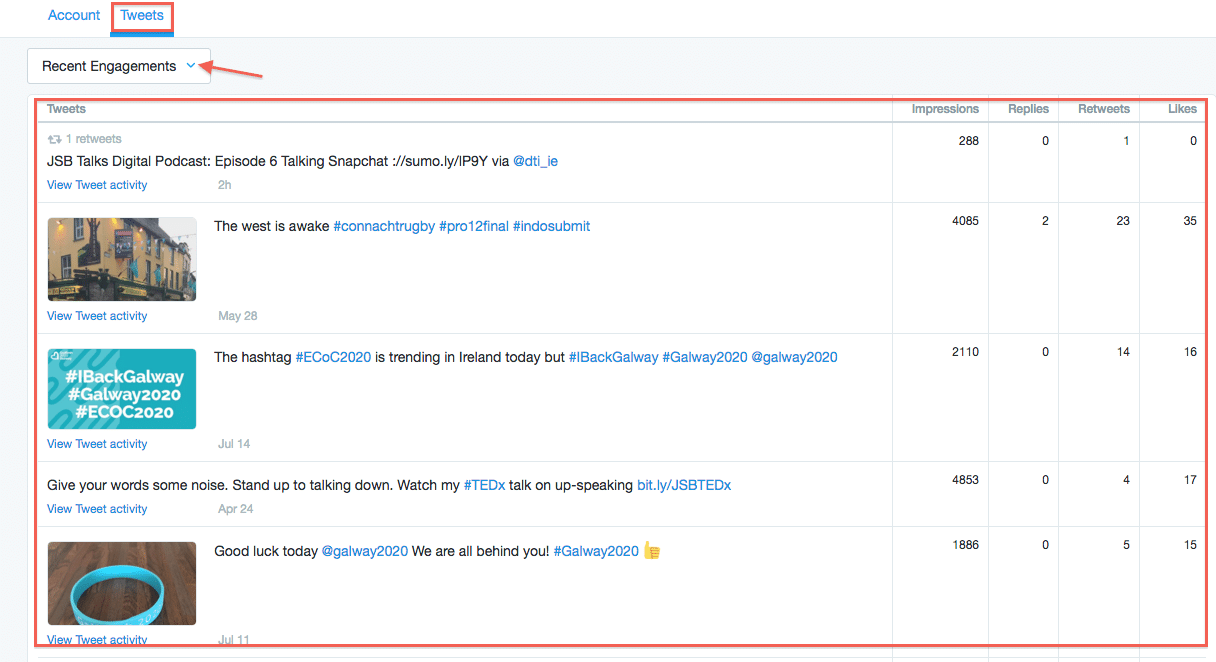 I’ve had a look at what other marketers and digital influencers are saying about Twitter Dashboard and it’s mixed to be honest.

At this point, Twitter’s app ecosystem is starting to look a little fractured with the standard Twitter app, Tweetdeck for the power users and Engage for the celebrities. But, more than anything, the app lineup speaks to the range of different ways in which people actually use the social network.

In some ways, it is a spin on the company’s recently launched Engage app, which was aimed at influential users and celebs. Dashboard has its sights set on a broader user base, including both large and small businesses alike. In fact, the latter may even stand to benefit more from its suite of tools.

My initial reaction to Twitter Dashboard was positive. It’s been a while since they’ve created something user-friendly and I can only hope that a more streamlined Twitter advertising interface is on its way to compliment it. However, Dashboard seems incomplete, like it’s a rushed out half solution. I don’t think third-party tools need worry just yet but they should keep their eyes open if Twitter start to add more features.

Watch my video on how to get more followers on Twitter. 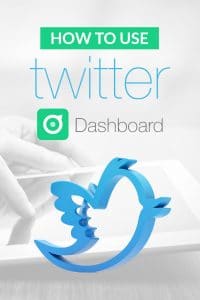