There is a lot about social media trends in politics that you may not know; indeed, here are 9 things that everyone should keep in mind regarding this topic.

However you may view President Donald Trump’s penchant for tweeting, we all have to admit that he is the most social media driven President to date. Well, maybe that’s giving more credit than due. After all, the Obama Administration also created a Twitter handle for the POTUS (@POTUS). Starting in 2015, Obama handled the account personally. But Trump is arguably the most prolific and controversial Twitter-oriented President as he attempts to take control of the political conversation from his perspective. 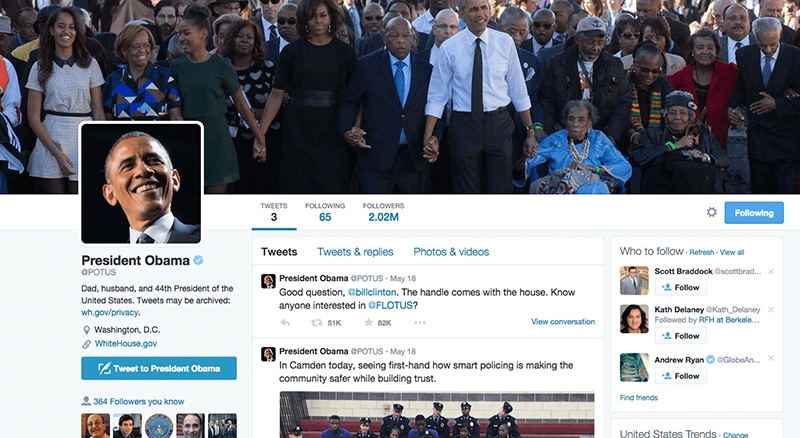 Of course, the Obama Administration also waded into the social media pool with its “we the people” online petitions. Americans used the petitions to register their concerns about healthcare, veterans issues, and illness but the political effect was unexceptional. 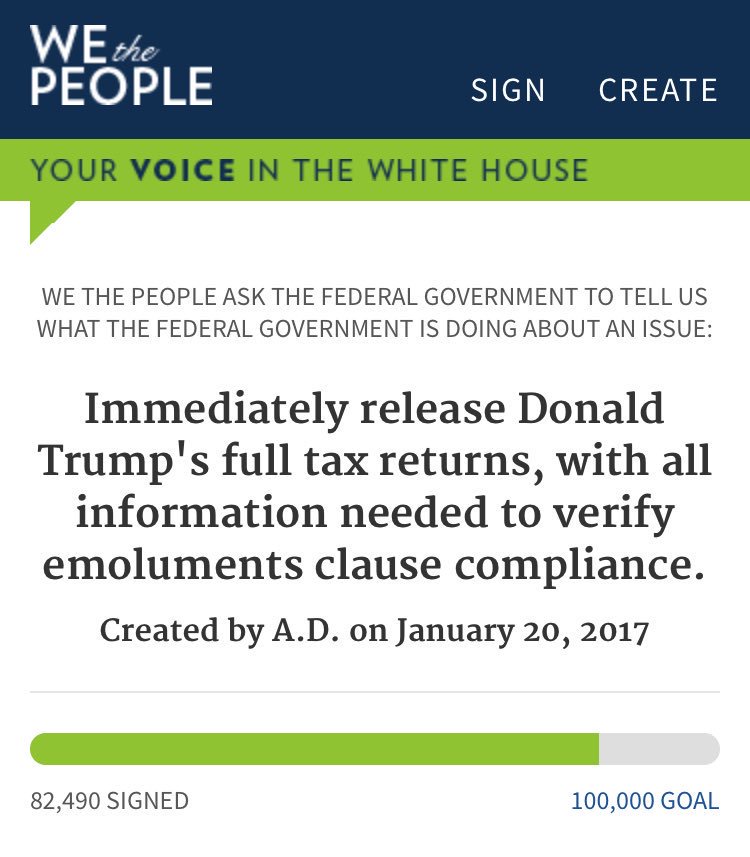 By 2016, 16% of registered voters followed candidates for office, political parties, or elected officials online. Click To Tweet The Pew Research Center conducted a survey before the 2014 election cycle and found a 10% increase from the 2010 midterms. At that time, only 6% of Americans followed political people/parties on social media. And, lest you should think this is a 20-something trend, the study showed that the increase was actually greater for the 30-59 age group where social media use for political purposes nearly tripled from 6% in 2010 to 21% in 2016.

Breaking News is the Major Reason Why

In 2010, 21% of the survey respondents indicated that they preferred social media sites because they learned about breaking news faster from those organizations than from traditional news media. By the 2014 midterm elections, that statistic jumped to 41% which was an increase of 19%. Also, in 2010, 43% of respondents said that breaking news was a minor reason they followed politics on social media. That number decreased to 23% by 2014. That 15% decreased coupled with a decrease in 2014 of the people who said breaking news was not a reason at all (4%) equals the 19% increase in breaking news’ impact in 2014.

By the time we look to the 2016 election, 88% of the American voters watched returns on TV (a pretty traditional method given that 92% used TV for returns in the 2012 presidential election). Another 48% used online platforms in 2016, and 21% used Twitter or another social media platform. It probably won’t surprise you that 79% of the online platform and social media platform voters were under age 35. If you’re wondering why 88% and 48% add up to more than 100%, it’s because the younger voters indicated that they followed election night results on both TV and online sources.

You will note that there’s a great divide here between the over age 65 crowd and the under 35 age group. Only 19% of the over 65 voters followed election returns online. Click To Tweet A tiny 7% of the same senior citizens used social media to learn election coverage.

It’s an interesting exercise to pick apart the “dual-screening” results from the Pew Research Center 2016 Post-election Survey. TV may still fill the popular bill for election night results, however, a growing voter movement toward dual-screening is evident from this survey. Voters who used both TV and the web (37%) saw an increase over the last presidential election in 2012 (27%). Interestingly, the share of voters who only followed the results on TV decreased from 65% in 2012 to 51% in 2016. In addition, only 6% of voters in the 2012 election tracked results only online but that percentage nearly doubled so 11% in 2016.

With Whom Do Watch Returns

Significantly, 79% of American voters watch the returns by themselves or with family. Another 14% watched with friends, and another 6% watched with friends and family. Those results pose an interesting question. Are the voters who watch results only online among the friends group (which would make sense if we’re talking social media) or watching by themselves? It remains to see in future years whether there’s movement with respect to with whom we share this quadrennial event.

In a survey conducted July 12-August 8, 2016 entitled “The Political Environment on Social Media”, the Pew Research Center discovered the following insights into our immersion into politics on social media: 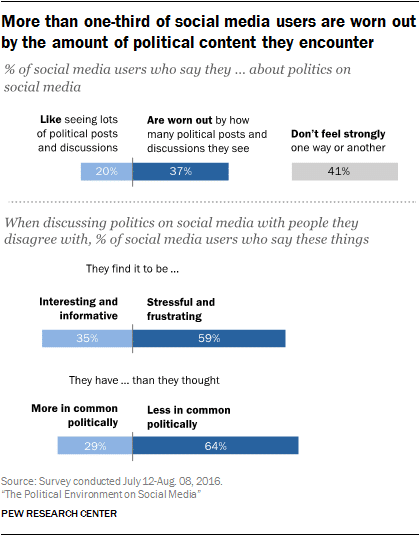 To talk more about this topic, or anything else, please contact us. We are your resource for all things social media.