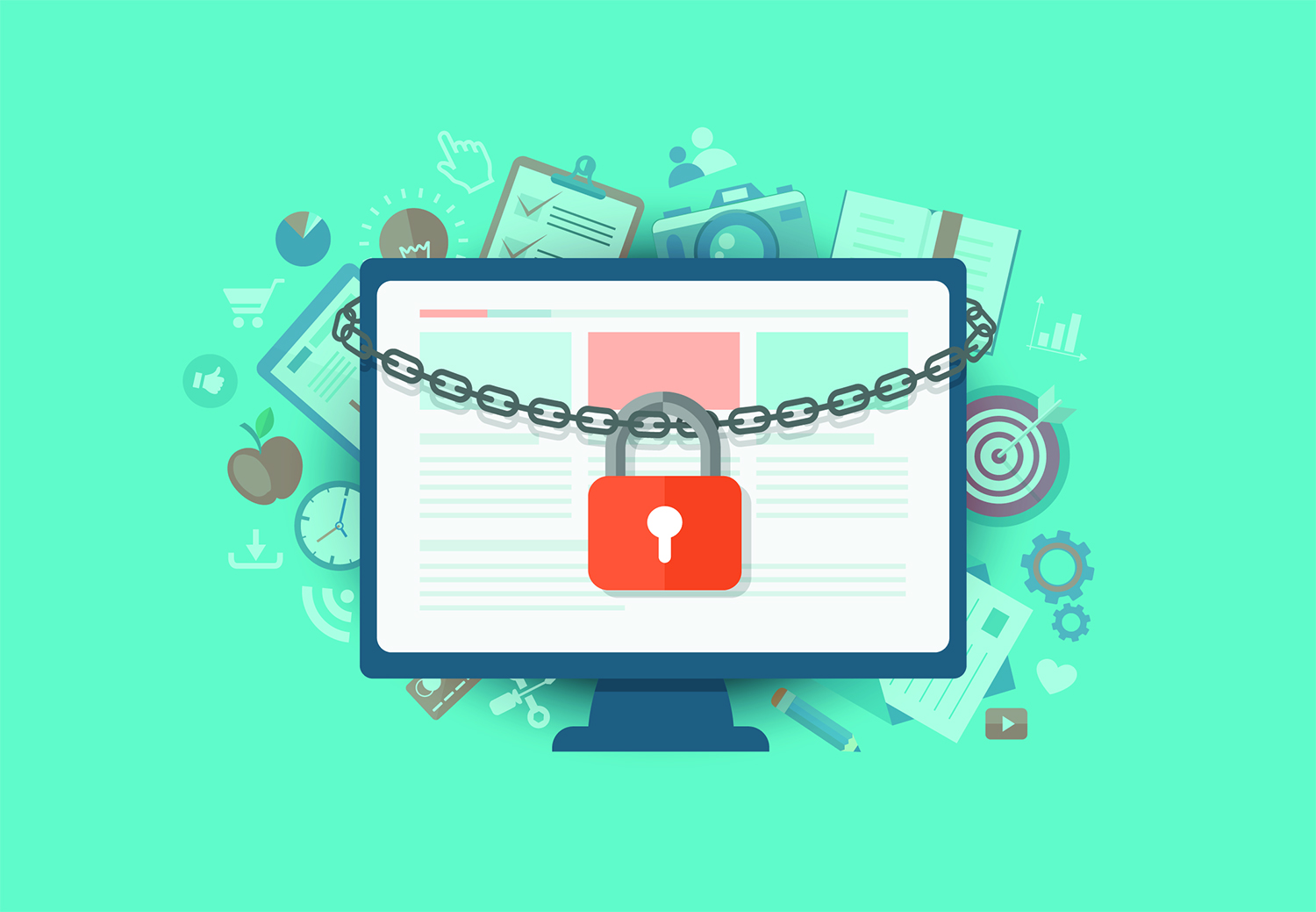 The old adage of teaching your children to never talk to strangers continues to strengthen a parent’s resolve to protect their family’s privacy. Even more so in the digital age.

Technology has created a lot of opportunity for everyone including the crooks. That has been the unintended consequence of progress during any millennium.

The following blog post discusses three separate issues that ponder the question of what will a citizen sacrifice in the face of fighting criminal activity? Is a man’s or woman’s home still his or her castle? What about our mobile phones? Does an honest person’s privacy need to be sacrificed on the altar of law enforcement?

Maybe, but in most cases, a search warrant is required. The article concludes with a few important tips on what it’s like being a young person living in a digital age. How can we close the gap between net neutrality and protecting users from predators?

Social media in and of itself is in no way malignant. It has become, however, a hiding place for those seeking to harm and destroy the lives of our children and other unsuspecting innocents. Is there anything that can be done about it? Let’s take a look.

A new Snapchat feature has parents shaking to the core. A recent update, Snap Map, allows users to view their Snapchat friends’ locations. Right down to the exact address.

The new update has generated privacy concerns. Comforting to know is that the feature can be disabled. When setting up Snapchat, select Ghost Mode and that will prevent the Snap Map GPS features from kicking in. But if you decide to use it, Snapchat will send a notification every so often letting you know you are still in Snap Map mode.

Are you driving to the market? Does your child ride the bus or drive a car to school? Are your kids going to the movies and then for ice cream afterward? Do you really want everyone on your child’s Snapchat’s friend’s list to know their every single move? Parents may rightfully want to know the whereabouts of their children, but we know that these same parents are leery of anyone else, including their children’s friends, who possess an unwanted curiosity about you or your children.

In today’s world, parents want to know where their kids are, what they are doing, and who they are with. It’s not so much as to be a nosy parent as it is a genuine concern for the child’s safety.

Germantown Police Department, located in SE Wisconsin, recommends downloading an app called Life 360. Users can create a network of family and friends without the risk of strangers making a friend request.

The first Life 360 link we gave you is their Facebook address. Click here for a direct link to the iTunes store where the app is located. The download is free.

Through a GPS tracking system, Life 360 works hard to protect your loved ones.

Unfortunately, predators have access to the same technology as you and your children, therefore, predators could gain unsolicited access to your children. Now, more than ever before, parents need to know where their kids spend their time and with whom they are spending it with.

A recent article in The Irish Times warns internet users about a new group of sexual predators on the prowl. The scam goes like this:

This is what some are calling digital blackmail, extortion, or sextortion but the EU police agency, Europol, refers to it as “the online sexual coercion and extortion of children (oSCEC).” In order to help police capture these criminals they advise people to do the following:

If you decide to pay there is no guarantee that you won’t be hit again with another request for money with the same threat of revealing the pictures you sent through the internet.

Because it is a relatively new crime, sextortion needs more study. Prosecutors, investigators, and journalists have devoted a significant amount of time and passion toward bringing public awareness into the arena. But as of yet, the subject has largely been ignored by the American government. Europol has done some study and comes to some conclusions of its own.

In spite of the lack of government involvement with sextortion, the crime is becoming commonplace throughout the world. In fact, you don’t even need to live in the same country as the victim to be sexually malevolent.

Like most sexual offenders, those who commit sextortion are bound to repeat the offense even after time in prison.

The United States Supreme Court continues to face complicated privacy issues in the advancement of digital technology. The 4th amendment to the US Constitution forbids unreasonable searches and seizures.

Many authorities on US constitutional law claim that individuals give up their 4th amendment rights to sovereign privacy when a third-party is involved. Such as a bank, phone company, or, in some cases, your place of employment.

But what if you are a driver who becomes involved in an accident or another type of driving infraction? Can law enforcement legally request you to hand over your cell phone? The purpose is to help determine if distracted driving was a contributing influence to the accident or infraction. Has a law been violated if a driver fails to oblige law enforcement by turning over their cell phone? If the law is on the books, then yes.

Cellebrite, a global company that specializes in data extraction and analysis, has created a prototype device (textalyzer) that analyzes every click and tap made during the time before the accident. Current US law allows police officers to download data from a cell phone only by way of a search warrant.

But wait; does the textalyzer actually work?

Jeff Rosen visited Cellebrite to see if the new technology worked. Jeff drove around in an empty parking lot for 15 minutes. At 2:45, he opened WhatsApp and scrolled through his Facebook page. His phone rang at 2:59 and he sent a text at 3:00. He handed over his cell phone to Jim Grady, the Cellebrite CEO, and Jim plugged the phone into the textalyzer. It showed all of the preceding activity taking place exactly as it had taken place.

“There’s no guarantee when you hand over your cell phone over to the police officer that officer won’t be looking at or copying all kinds of personal data about you,” said Jay Stanley of the American Civil Liberties Union.

Ultimately, it’s in the hands of states to pass legislation before law enforcement can begin using the device. Some states are currently working on legislation, but privacy issues abound.

New York lawmakers are trying to stiff-arm constituents by suspending their driver’s license if they fail to comply.

Is the Internet a Safe Place to Hang Out?

There is now an entire generation that has grown up under the influence of social media. Nearly half the world’s population (3 billion) use social media.

The Royal Society of Public Health’s Status of Mind report concluded that social media use by young people is linked to increased rates of anxiety, depression, and a loss of sleep. While the internet has become a playground to educate, inform, and entertain, in the hands of the wrong people, it has also become a tool to cause harm.

Young people need to become aware of the inherent dangers involved in the digital landscape. Those in charge of developing technology need to become more aware of what it’s like to grow up in the digital age. Some children are easily swayed with each passing fad or craze. The need to be accepted and loved creates a sort of vulnerable naivete that opens young people up to unsuspecting devious people seeking financial gain at the ruin of someone else’s life.

Those in charge of developing technology need to become more aware of what it's like to grow up in the digital age. | #JSBTalksDigital #SocialMediaSafety Click To Tweet

The Pew Research Company created a website called Teen Voices which emphasizes educating young people on what it’s like to date in the digital age.

Aye Mind is a website that contains a vast and diverse selection of information that teaches children safe ways to approach the internet.

Young Scot is another great site that contains practical advice on how to stay safe when meeting others online.

At the Digital Training Institute, we understand the privacy issues that confront you and your children in the digital age. Contact us to discover all the ways you could grow your online company without the threat of an invasion of privacy.