Sophie and I were delighted to join influencers from across the world and make our contribution to the global digital citizenship conversation by sharing the social media habits of Generation Z. We were honoured to bring our knowledge and experiences from the West coast of Ireland to the West coast of America. 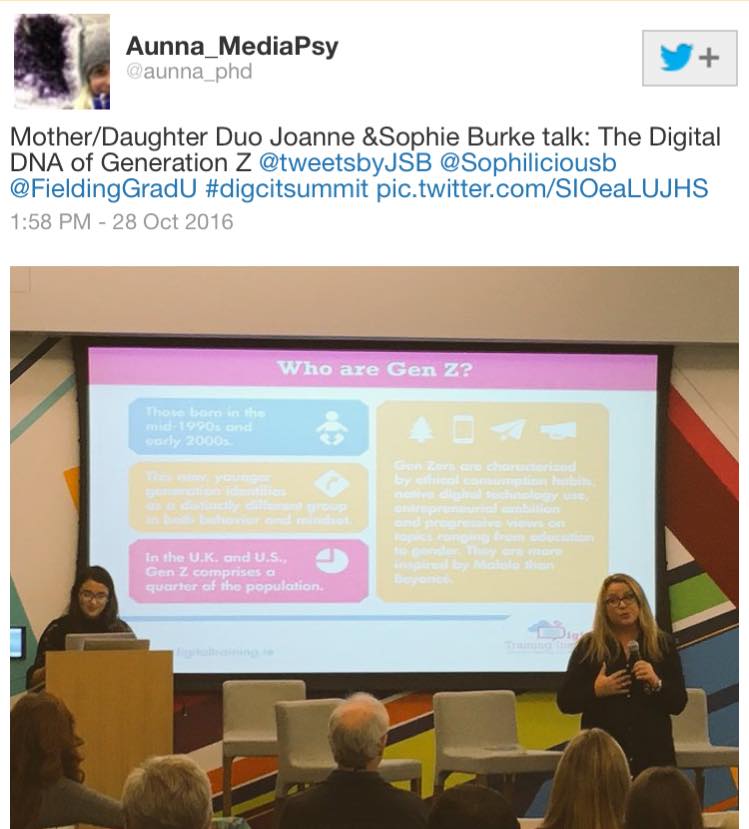 Sophie and I have been developing digital citizenship courses and resources for the past four years. In this presentation we put a particular spotlight on Gen Z because we believe that this demographic are exposed to digital shock without any guidance. Our aim is to put a mature digital head on young Gen Z shoulders.

But they are a generation of distinction in a number of ways:

> They make up a quarter of the UK & US population

> Are concerned with causes and campaigns

> Seek out confidence by collaborating with like-minded peers

The Digital DNA of Generation Z from Digital Training Institute

We truly believe they have an important role in advocating the digital citizenship culture.

Sophie and I have developed a series of educational modules for Gen Z and have delivered these face-to-face and online. We sold Young Minds Online to Kaspersky Lab and if you buy their mobile safety product you get our learning courses.

But I never get tired of speaking to Gen Z and they are craving better empowerment through education. But so are the Millennials the generation of 20 somethings. In my podcast two weeks ago I interviewed 21-year old Shofra Jey a final year economics and political science student and here’s what she had to say.

My question is: Who’s responsible for educating young minds online about digital citizenship? Because we have asked all these stakeholders. Sophie and I are pictured in our presentation slides meeting the former Minister for Education in Ireland. So this DigCit Community created by Marialice and David is both necessary and valuable. And Digital Citizenship is everyone’s responsibility.

Sophie and I have a vision for Gen Z and we believe being part of the #digcit community will help us achieve it as a collective!

> We would like to see greater data protection and appropriate cyber crime laws and in Ireland we are pushing forward this agenda.

> We believe the social networks have a very strong role to play in  preventing, reducing and punishing cyberbullying.

We are delighted to announce that the digit meeting of minds continues with a formal collaboration between our company Digital Training Institute and Dr. Marialice Curran’s Digital Citizenship Institute to roll out global programs, resources and campaigns for Gen Z & Millennials; Employers & Professionals; and Educators.

Gen Z’s social media habits have been given a spotlight following the March 2016 research undertaken by college marketing agency, Fluent. 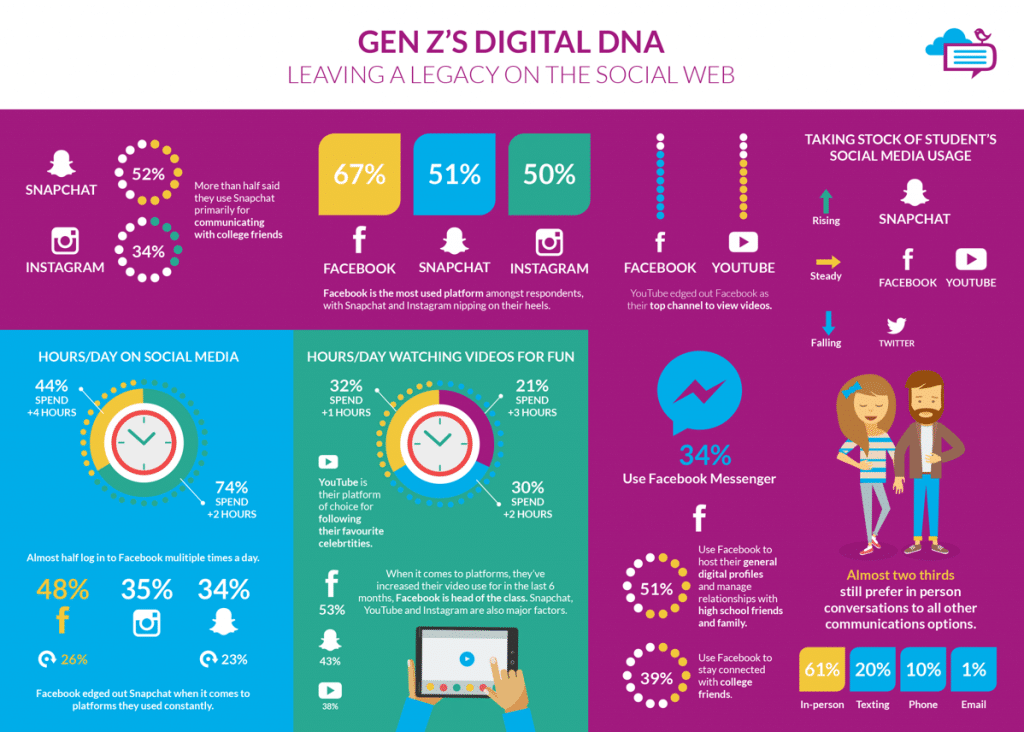