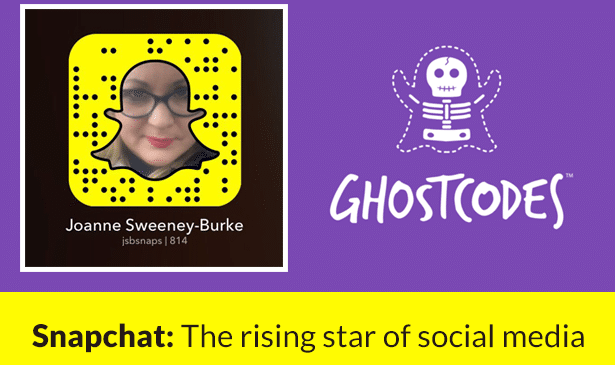 If you’re not on Snapchat, get your social media backside over to the App store and download it now! Then come back and read the rest of this blog post. Trust me.

Did you know Snapchat is actually five years old? My daughter Sophie started using the social network after its launch and she was just 15 years old back then. Now it’s her favourite social network and my 6 year old son Bobby is also engaging with it (albeit with adult supervision). I am fortunate that research relating to the use of social media by millennials and plurals is right before my eyes! 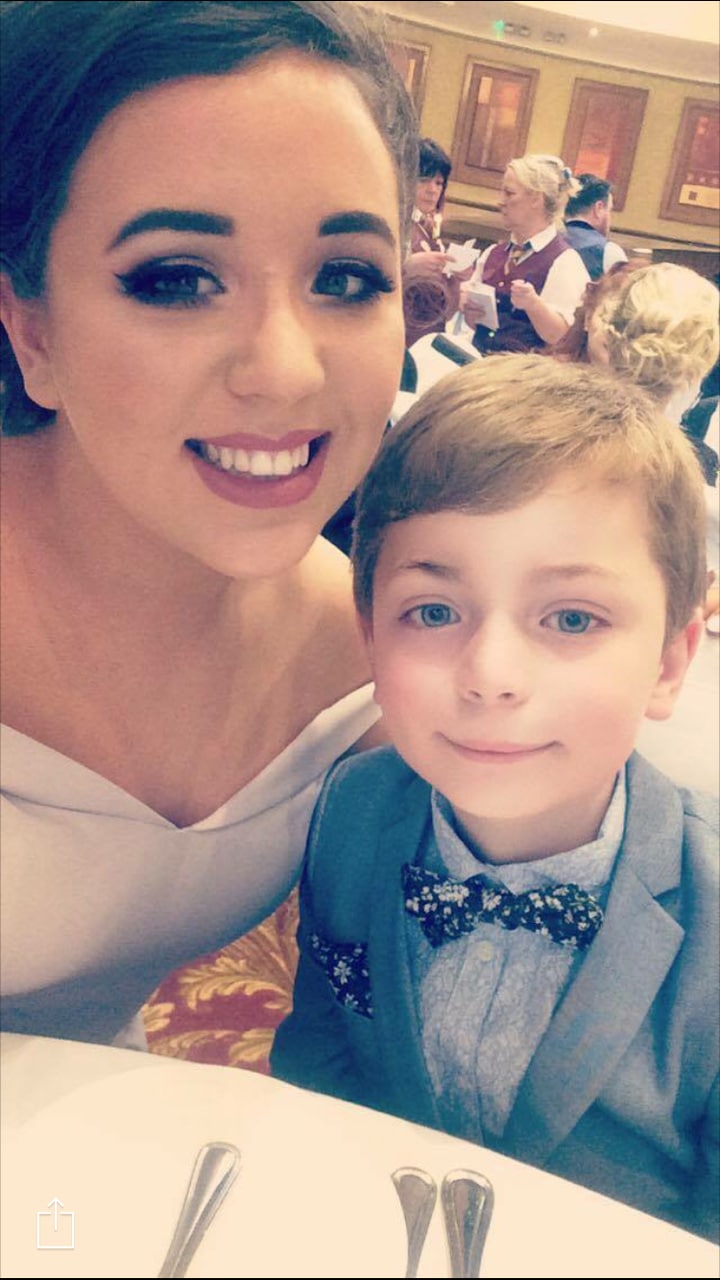 What’s the hype with Snapchat?

Initially we all believed Snapchat was the answer for teens and tweens who wanted to social network outside the glare of their over-protective parents. However, what it has become is a highly engaging social network with 10 billion video views a day and 9,000 photos shared every second! While we are sharing less personal information on Facebook, the opposite is true of Snapchat.

So what should we be, or what are we, sharing on Snapchat?

Newbies to Snapchat are baffled by the 24-hour stories they see before their smartphone eyes. There are photos with filters and multi-coloured captions, selfies with emojis, random 10-second monologue videos which disappear and adults face-swapping with their pets! I can completely understand their reservations to step into this zombie-like world! However, let’s get a bit deeper about Snapchat as a storytelling tool.

We all know by now that video is the most pervasive content-type on the social web and its power is being evangelised by most social networks who are promoting video at every opportunity – Facebook autoplay, Facebook Live, Periscope, 60-second Instagram videos.

The difference with Snapchat however is three-fold:

There are many engaging features on Snapchat which were once unique to this social network, but we are now seeing others integrate face-swapping, emoji use and filters to try and keep up.

You can decide how long your Snaps will be visible for – anything from 1 second to 10 seconds. Many people change this up to give your Snapchat story some dynamism. For example, Joel Comm’s weekly feature, 10 fast snaps, shows us 10 consecutive snaps lasting one second, and about one common theme. This week he shared women walking dogs! 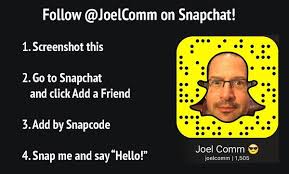 With a great front-facing camera, Snapchat is superior for selfies. You can also swipe for colour filters, Geofilters, date, time or temperature.

Probably the most fun on Snapchat are videos. Here’s how to use Snapchat video:

Who sends text messages anymore? And why would you anyway with so many free ways to instant chat with friends, family or business colleagues? Snapchat didn’t have the chat function initially but soon realised it was a must add-on. You can also send audio files of any length too! I find myself using this feature more and more.

When we first launched Chat, our goal was to emulate the best parts of face-to-face conversation. Chat 1.0 was all about the joys of being here — when most apps told you when your friend was typing, Chat let you know that your friend was listening. Two years later, we’ve learned a ton about how people talk, but our goal remains unchanged. We want Chat to be the best way to communicate — second only to hanging out face-to-face. (Snapchat-blog.com)

Did you know you can now buy your own Geofilter? This is a super development which allows users to personalise their Snapchat experience. On-Demand Geofilters let you create and publish a Geofilter for your party, wedding, business, or any other place or event. Here’s how it works.

When I attended Social Media Marketing World 2016 they had their own Snapchat filter which was fun and which really personalised the event for those of us attending. 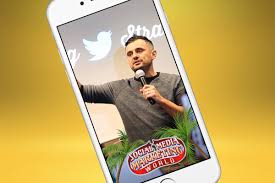 I have to admit when my kids do this, I roll my eyes and tut tut! But it’s such a fun feature that making yourself look 100 pounds heavier is tempting to share! Or this colourful one which I love! 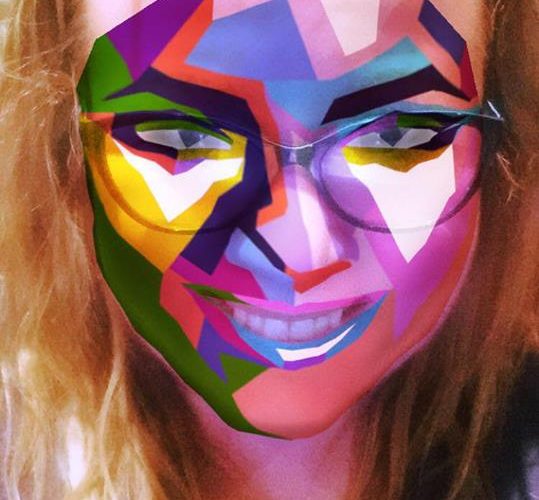 Despite your snaps disappearing in under 10 seconds, you will get a notification if someone screenshots your photo or replaying your snaps.

You can add photos and videos to your Snapchat story which are visible for 24 hours to your friends before they automatically disappear. You also have the ability to see who has viewed your story.

Turn the camera so your face is on the phone’s screen as if you were to take a selfie, then tap and hold on your face until a mesh appears. Now release. I sometimes find I have to do this a few times because I wear glasses and its seems they get in the way! Snapchat will load several lenses to the side of the capture button, which you can slide through to access. Many will require you to open your mouth to get the full effect – you’ll feel (and probably look) silly doing so in public, but at least you now understand why the kids are pulling such strange faces.

Emoji marketing is massive and Snapchat recently added emoji stickers for video. Emojis add character to your photos and videos so be sure to add them.

Why Snapchat For Business?

Businesses need profile and brand awareness. But more than that, businesses need social engagement. With the rapid rise in Snapchat use it’s a place to tell your business story. There are 100 million users and as I mentioned before, and worth mentioning again, 10 million video views per day!

I argue however, that even if you are not targeting Generation Z (those born in the mid 1990’s to early 2000’s) you are ignoring a golden opportunity to personalise your brand. If you listen intently to what Ted Rubin professes you will realise that return on investment in the digital age actually translates into return on relationship. Ask yourself, what are our social media activities doing for our customer or stakeholder relationships specifically? I know this will be a difficult pill for CEO’s to swallow I suspect, but it is the reality of how you can make your long-term mark on the social web.

Snapchat is also an excellent platform to direct your community to other social networks and your website.

Did you know there are many ways to repurpose your Snapchat content?

Snapchat is actually great entertainment if you follow the right people. I have added and un-added people after I watched their snaps for about a week. It’s not to say they were rubbish, I just wasn’t engaged because we didn’t have the same sense of humour or the same interests. 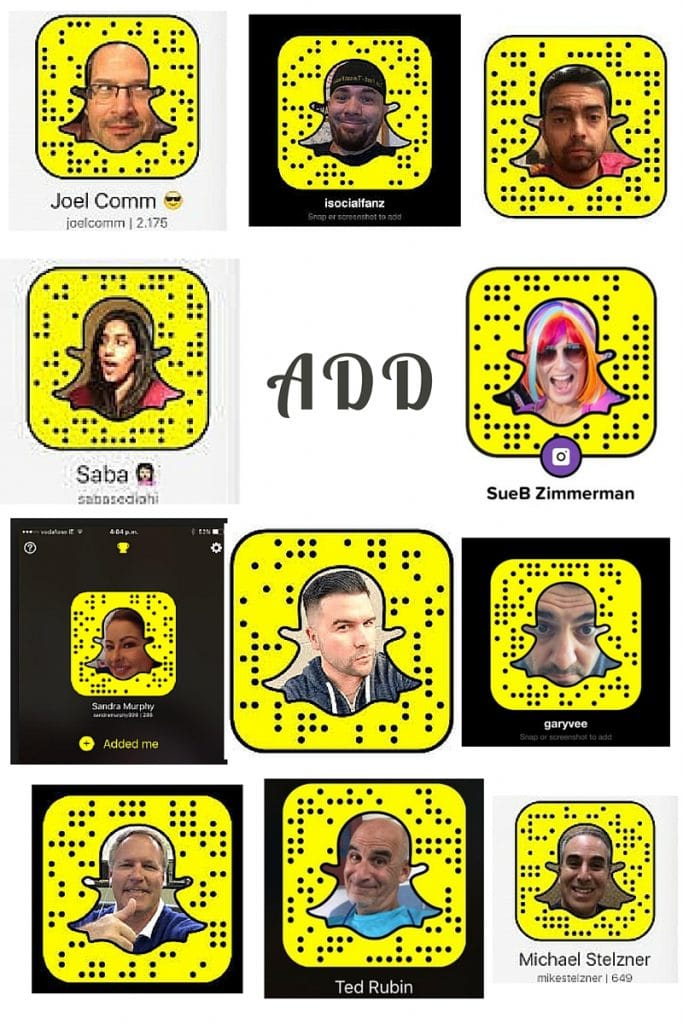 A brand new Snapchat app, Ghostcodes allow you to find people on Snapchat. Have you downloaded it yet? I did about two months go and it was by invite only with the code “Boo” 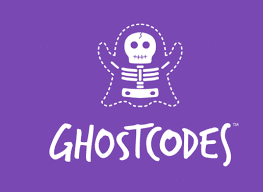 During Carlos Gill’s presentation at Social Media Marketing World 2016, I asked him about the ranking of Snapchat users by Ghostcodes and if that was how the success or otherwise of Snapchat users would be ranked? Carlos, who is super engaging and responsive by the way on Snapchat, said that he hoped it wouldn’t be. Here’s his answer!

The word on the social media marketing street is that Snapchat is here to stay (for now at least) and it’s value to brands is more precise now than ever before in terms of brand storytelling and personalised customer engagement. What are you waiting for, if you’ve not already signed up?

Tagged under: Snapchat for businessSnapchat Tips