Lesson from today’s show: Don’t try to wing a PR crisis on social media, it won’t pay off.

Hello and welcome to JSB Talks Digital. The podcast for marketers, small business owners and those of you bringing your skills into the Digital Age! I’m Joanne Sweeney-Burke and I’m your host!

Useful links from this episode

Available for both Android and iPhone operating systems, Pokémon Go uses your device’s ability to track time and your location, and allows you to catch Pokémon the same way as in the original game — by virtually launching red and white “Poké Balls” at them.

The number of app downloads in the first week reached 7.5 million and that’s without a marketing campaign driving downloads. To put this into context: Pokémon Go has been downloaded more times in a week than the dating app Tinder has in its four years of existence.

Also worth mentioning is that time spent on the app is also out-performing our favourite social apps.

How much TV do you watch? Do you watch traditional TV on a schedule or stream shows when it suits you?

Nielsen released figures recently of the TV habits of Americans:

Facebook, too, has announced a new TV/live-stream integration, with CNBC.

I know the TV habits of our family have completely transformed to when I was growing up. And in fact less and less time is spent watching terrestrial TV in favour of Netflix and social TV.

The Texas Department of Transportations campaign ‘Don’t Pokemon Go and Drive’ went viral and for all the right reasons. 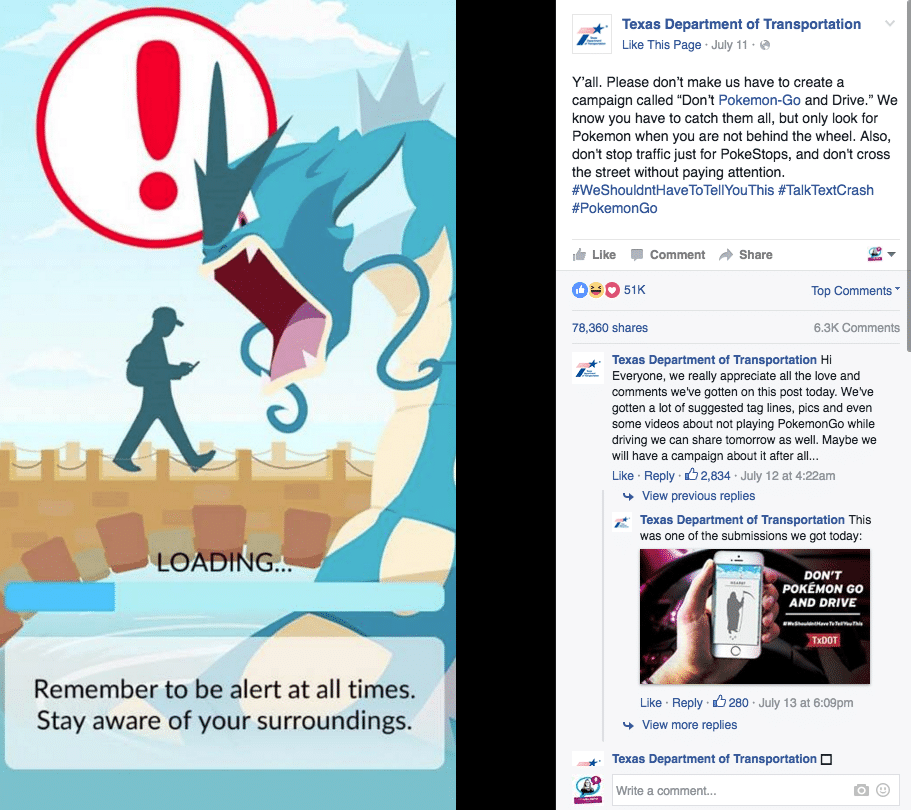 Interview of the Week

In this show I’m joined by Amanda Morgan, Marketing Manager with Go Animate based in San Francisco.

How animated video can elevate your digital marketing

I have been on all sides of PR crises throughout my 15 year communications career – as a journalist, a PR consultant, a business owner and even as a reality TV show contestant. So I have dealt with many crises in many guises over the years.

I’ve been writing about public relations crises for the past week. On my blog I published a post on The Ultimate PR Crisis Communication Plan. I’m also hosting a webinar next month on how to deal with a PR crisis on social media.

So I decided to do a short non-scientific poll on Twitter. The question posed was:

Would you know what to do if a PR crisis erupted on your social networks?

Here are the non-scientific results.

If you need to upskill in PR read my ultimate PR crisis communications plan or attend my webinar: How to deal with a PR crisis on social media.

The social media tool that saved my working week is…

Pretty Link enables you to shorten links using your own domain name (as opposed to using tinyurl.com, bit.ly, or any other link shrinking service)! In addition to creating clean links.

Pretty Link tracks each hit on your URL and provides a full, detailed report of where the hit came from, the browser, OS and host.

Pretty Link is a killer plugin for people who want to clean up their affiliate links, track clicks from emails, their links on Twitter to come from their own domain, or generally increase the reach of their website by spreading these links on forums or comments on other blogs.